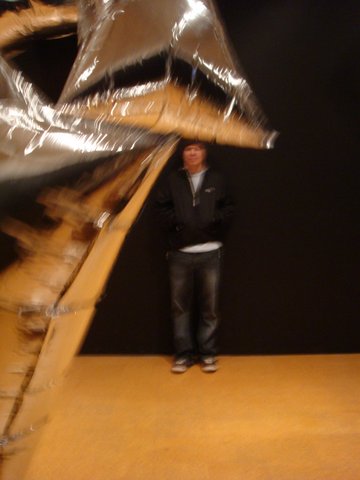 Derek Vasconi hails from Sharon, PA, a mid-size city that is an hour north of Pittsburgh (Go Pens!). He graduated from Sharon High School with honors and later attended Penn State University, also leaving there with a bunch of awards and a degree in Human Development and Psychology. At some point during his four year collegiate experience, Derek founded, along with a few friends, the wildly popular and massively successful metal and hardcore band, FROM A SECOND STORY WINDOW. Derek co-wrote the first two albums that FROM A SECOND STORY WINDOW, better known as FASSW, released on the label Black Market Activities and distributed through the legendary Metal Blade Records. From this point, it was headlining tour after tour and playing gigantic festivals like Hellfest and the NJ Metalfest.

But Derek’s life was truly just getting started. In 2006, Derek made a choice to leave FASSW, complete his educational studies, and start working with mentally unstable people. Indeed, that is all Derek seemed to do for the next several years, including work at a residential facility for anorexic girls in Evanston, Illinois, a psych unit at Sharon Regional’s Hospital, and last, a methadone clinic in Mercer PA. Working at all these places made Derek realize this wasn’t the life he wanted. So, without even giving it a second thought, Derek decided to work for himself, making computer websites for people, developing a popular iphone app called eMobo, and yes, continue making music through various forms.

Around 2007, an idea began to take hold of Derek that filled the creative hole left in his heart due to leaving FASSW. The idea became Kai , which is a horror story set in Hiroshima and Chicago and deals with a mysterious and tragic connection between a young Japanese girl and an adopted Korean girl. The story is based, in part, in Derek’s time working in Evanston as a counselor, and also on his time spent living in Hiroshima. It must be mentioned that Derek had been to Japan several times to research things relating to books he has written/is writing, and while doing so, spending countless hours exploring all things anime, JPOP, manga, and practically living in Akihabara’s nerd cafes and videogame stores.

Currently, Derek is working on several more novels, including a horror book about a Japanese girl obsessed with a famous AV star, and a massive, epic story about Cryptozoology and the end of the world. He also continues to work on musical projects and make websites and work with Japanese idols. His favorite authors include Haruki Murakami, Natsuo Kirino, Ryu Murakami, and Stephen King. He currently lives in Tokyo.